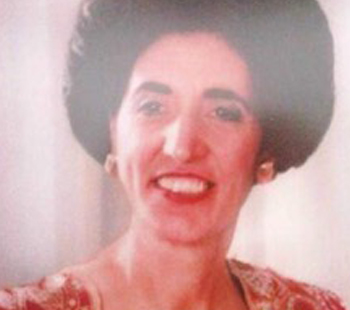 As written by her daughter Ester Paris Mauro

My definition of courage – The Immigrant

She was born in 1943 in post war Europe and raised in a relatively small town in central Italy; this is only important because where she lived was not Rome, Milan, Florence, or Venice – the epicenter of the best Italy had to offer – Food, Fashion, Cars…They lived simply, unnoticed really from the rest of the world. She would become part of a group known as “the last wave of immigrants” to Canada. She was 22.

The interesting part of the young lady’s story is that she, unlike millions of other immigrants, did not “have” to leave Italy for a better life. Her family was, for all intents and purposes, doing just fine. She and her three siblings were not wanting for anything. And by anything I mean the important 3’s – food, clothing, shelter. By no means was she enjoying an extravagant lifestyle, but she had all she needed to thrive.

Some would say (and have) that she left for the most stupid reason of all…Love.

Now if anyone has ever been in Love – They know that being in love and staying in love are two very different things. This is where the Courage of her story comes in.

I cannot begin to imagine the discussions at the dinner table with her parents about her leaving to follow the man she was in love with to a country, that was to her parents, such a daunting place that they knew existed only because they were told it was on the planet…somewhere.

The convincing, the crying, the yelling…by both parts, must have been worthy of documentation. In any case, she chose to leave.

And she was scared.

It’s one thing to understand the courage of immigrants being fueled by the sheer human instinct of survival (nonetheless noble may I add). That courage is the one that comes from the same place I think, that a soldier’s courage comes from when faced with “its” either him or me…and it won’t be “me” scenario.

The immigrant, “If I stay, I’m dead. If I go…I have a chance to live and prosper”. Not much of a choice really. The will to live trumps homeland.

In her case, she made a distinct, conscience, voluntary…choice. And that my friends is my definition of courage. You have a life, you have the choice to life it your way and you make a choice knowing that if it goes sour, you will be the self-inflicted victim. No one to blame, no one to point your finger at, no one to help you out of it; the “I told you so” looming constantly, the responsibility of owning a decision of this magnitude on you and you alone. In the face of that and with the knowledge of that, she was courageous.

She took Carpe Diem to another level. And I am inspired by her deliberate, courageous act of exercising free will every day of my life.