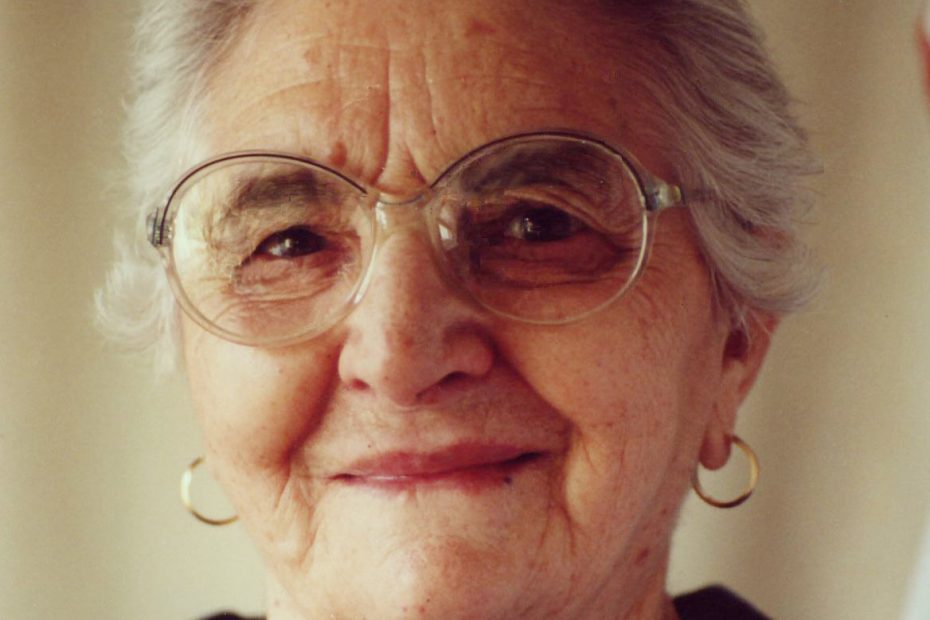 A loving tribute by daughter Silvia Florita Smith
For my Mother, Filena Fiorita

My mother turned towards her home one last time and made the sign of the cross. “I’ll never live here again,” she told herself, a mixture of sadness and excitement washing over her. Who can ever really know how she felt on that day she said goodbye to her dear loved ones in Italy? A faded black and white  photograph is all I know of that day. She stands between her parents and two of her sisters and it is clear they have all been crying. “Go….bella di mamma….your life will be easier over there,” her mother urged. Even though my mother was 42 years old, this blessing and encouragement by her own mother, somehow eased the pain of leaving. The decision to emigrate was not hers, but like all dutiful wives, she acquiesced to her husband’s longing to forge a new life overseas in Canada. Life was indeed different, but not really easier. She boarded a passenger ship with three children and disembarked eight days later in Halifax, Nova Scotia, greeted by strangers who she couldn’t understand, or even hear that well. My mother was hard of hearing and her significant deafness did not help in trying to learn a new language. They made their way to Montreal where she settled in a house of my father’s choosing. She had not seen him for four years. Days grew into weeks, then months….and a new child arrived. She was now the mother of four. Her inner strength and resilience were called upon during those early days when she was alone….no family or friends here to lean on, she quietly and resolutely made the best of this challenge. It soon became evident that my father’s income alone would not be enough to sustain a family. Through a contact, she began to do piecework at home for a factory, and took in a few neighbourhood children to care for. They didn’t speak Italian and she didn’t speak English but somehow those children thrived under her watch. They learned Italian and loved her pasta lunches, often not wanting to go home because her food was that good. My mother faced hardships….a child who presented with mental health issues that she could ill understand or get help for. She was catapulted into a world that would be difficult for anyone….let alone someone with such limited resources. She put one foot in front of the other and survived. My mother lived to be 100 years old. Though we gathered as a family to mark the occasion, she was sadly unaware of the event. The last 15 years of her life were spent in the horrible disease that is dementia. But that is not what I remember. My memory is of a mother who survived and thrived in her adopted country….who gave her most creative gifts to hundreds of women that wore the wedding dresses and gowns she embroidered with sequins and pearls. Her hands were always busy, always giving of herself. As a family, we breathed easier because she chose to share that talent she was born with and used to better our lives. I sit quietly at times and reflect on my mother’s life wondering what she could have accomplished in her own country among people who loved her, what strides she might have made. What my mother gave me was the gift to choose my future in a way she couldn’t. A long eight day voyage changed the path of her life. I will never really know how she felt….I will never need to. For that, I am grateful.